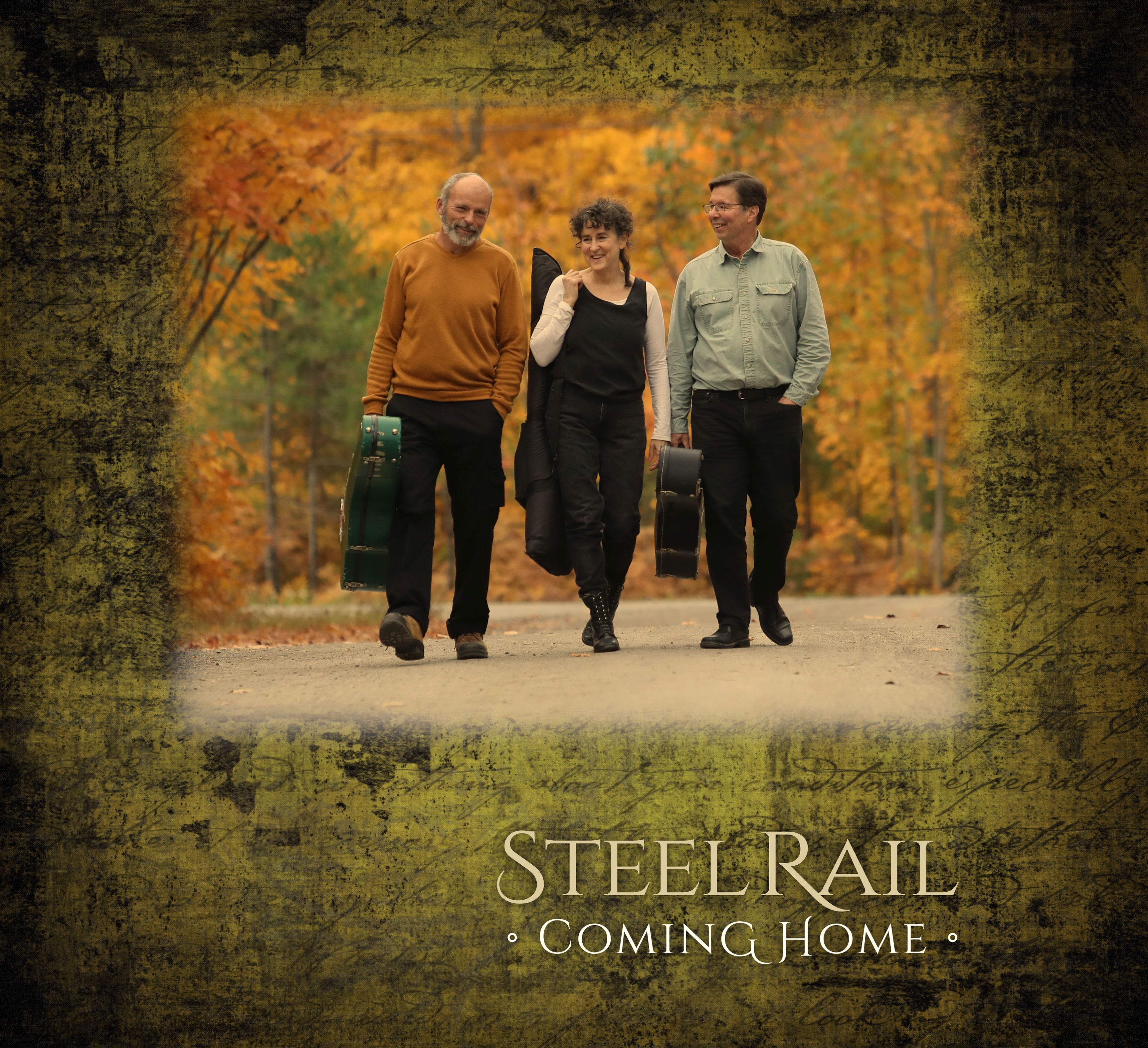 We're thrilled to unveil the cover of our new album Coming Home, designed by the brilliant Michael Wrycraft. (If it looks familiar, that's because it is designed around the photograph by John Mahoney you see at the top of this site.)

The album, which features 12 Steel Rail originals, gets its official world launch April 25 at Le Petit Campus in Montreal, part of the Wintergreen Concert Series.
Those of you in Montreal can buy tickets here.

More details about the album and the show soon!