As we ramp up for the Dec. 10 show at Le Petit Campus, some historic music from the Steel Rail songbook is being revived. We're not sure this chestnut will make it onto the set list, but here is a 20-year-old photo of the band, with guest fiddler Alex Kehler, during the video shoot for the song A Thousand Miles of Snow. Once we get the technology figured out, we'll post the video itself, directed by Montreal filmmaker George Hargrave.
In the meantime, here's what Tod, Ellen, Dave and Alex looked like under the lights in 1996. 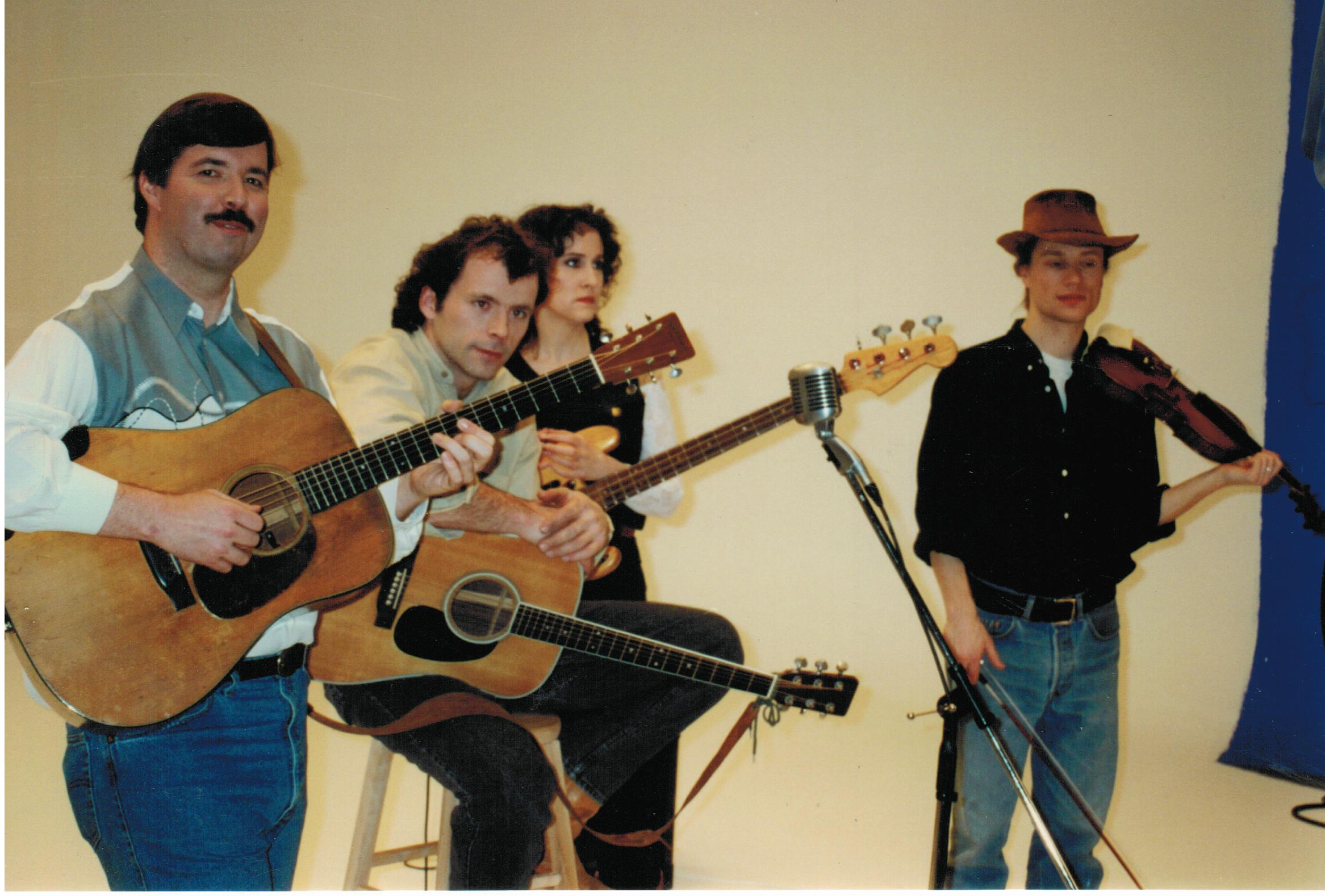