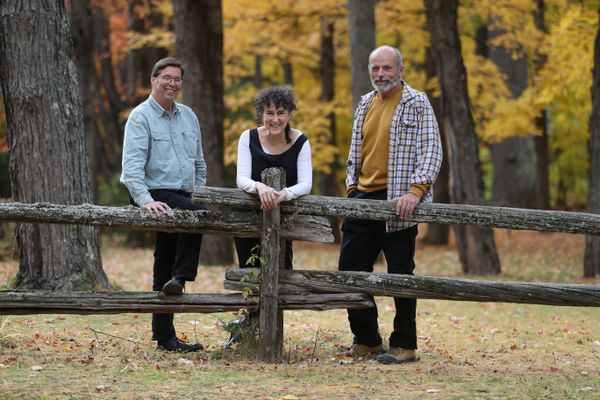 We're happy to unveil our new band portrait, courtesy of talented Montreal photographer John Mahoney. He shot Dave, Ellen and Tod on Thanksgiving weekend in the Laurentians near Prévost, Que. Mission: to come up with a cover photograph for Steel Rail's upcoming album Coming Home.

In the process, he also did some new portraits for posters, presenters and the press. Here's the one that resulted from a vote by band members and Tod's family. Stay tuned for more album news in the run-up to the album launch as part of the Wintergreen Concert Series at Le Petit Campus on April 25, 2020.