Tod, Ellen and Dave spent Saturday working on the final arrangements for their Wintergreen Concert Series show at Le Petit Campus Feb. 27. On the set list as of late Feb. 20 are three great new tunes by Ellen, Once in a While, When Are You Coming Home? (written with Dave) and one song so new it's still called Untitled.

They'll also be introducing two covers of songs recorded by one of our favourite bands, Hot Rize, and a favourite songwriter, Tim O'Brien. High on a Mountaintop, written by Olabelle Reed, is a great bluesy bluegrass tune that we first heard on the 1979 Hot Rize album (that's the one that is just called Hot Rize and has a steaming biscuit on the cover, for all you Hot Rize fanatics). The other tune is Heartbreak Game, a co-write by Tim O'Brien and Randy Hardley that moves along at a pace that Tod used to call "fast as you dare" until he turned 50.

There are also two love songs to Montreal by Dave and Lucinda, written when they lived out west. One is called Flow, River, Flow, about the sadness of leaving Montreal, and the other is the self-explanatorily titled Let's Go Back Home, started one bone-chillingly damp West Coast winter day in Victoria.

Everyone's looking forward to the show at Le Petit Campus, Steel Rail's first full-length concert in Montreal since the band got back together again two years ago.

Hope you can join us there -- details can be found at the top of our home page or at hellodarlinproductions.com. 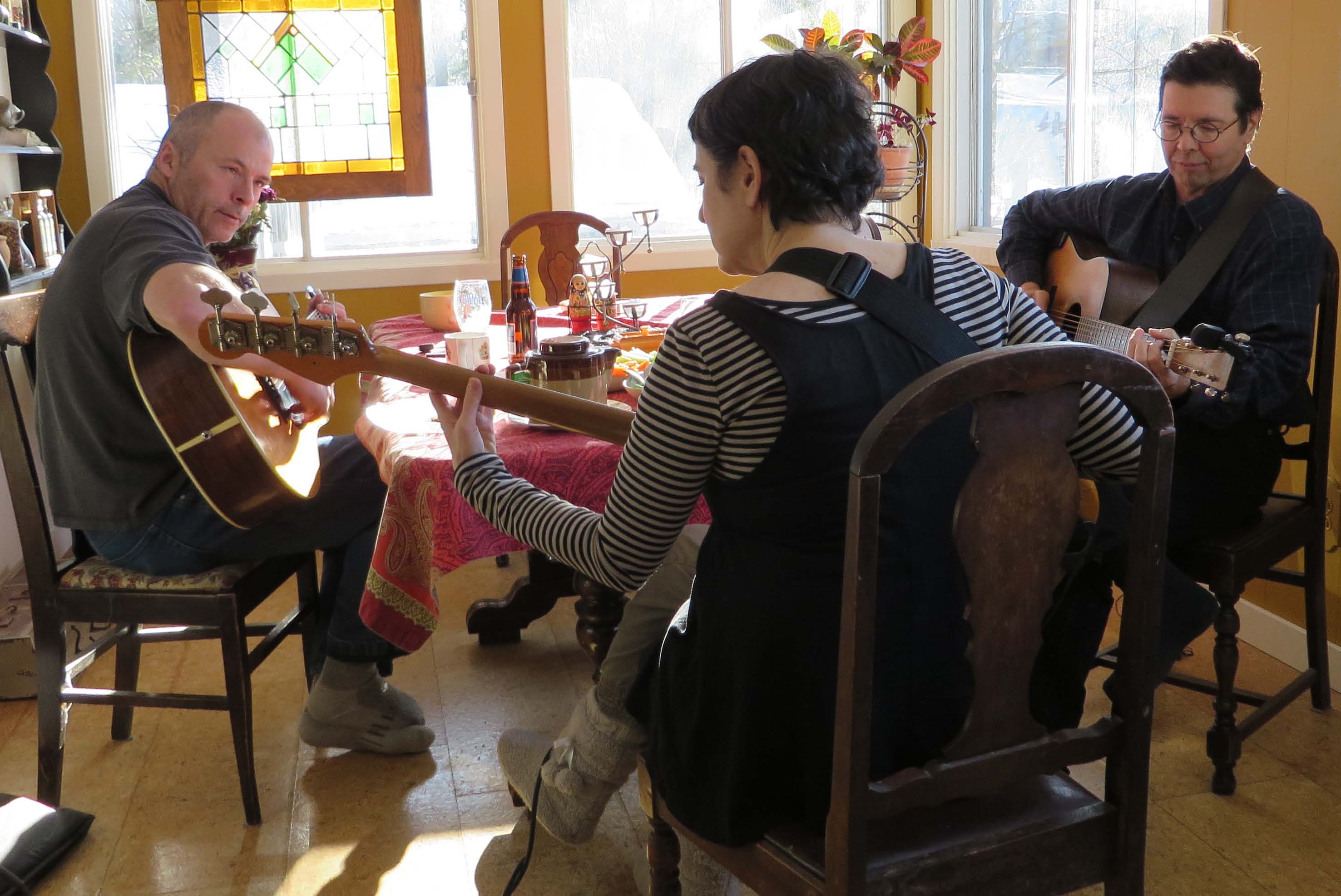